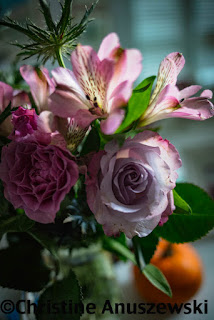 It's time to start taking our own power back for ourselves and to reclaim it. In order to do so we must rework our belief system. The belief about money is a big one that many, including myself need to work on. I found this passage one morning to be quite good.

I was starting a new job for a corporation. I was good at what I did for a living. The personnel manager and I were down to the details of employment, and he asked me how much money I believe I deserved. I thought about it and came up with a figure of $400 a month. This was back in the sixties. I didn't want to ask for too much, so I decided to ask for the smallest amount I could live with. He hired me and gave me what I asked for. Later on, when I left that job, the personnel manager told me he had been willing to pay me whatever I wanted. Had I asked for $600 or even $700 a month, which was a tremendous salary at that time, I would have gotten it. I had limited myself by what I believed I deserved. ~Anonymous

What are our beliefs about money? 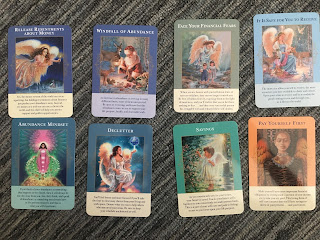 Do we believe that money is evil and wrong? Money is neither. IT is a commodity on earth, a necessity. It is what people need to purchase many of their basic needs, as well as luxuries and treats; it is one way they are rewarded for their work. Loving money, however, can be a self-defeating as loving any other commodity. We can become obsessed with money; we can use it as an escape from relationships and feelings; we can use it compulsively to gain a temporary sense of power. Money is simply money. Do we believe there's a scarcity of money? Many of us grew up with deprived thinking concerning money. There's not enough. There will never be enough If we get a little, we may guard it and hoard it because there's no more.

Money is not in short supply. We do not have to waste our energy resenting those who have enough. There is plenty of money here on earth.

Money is not evil. There is no scarcity, except in our mind and attitudes. And what we believe we deserve will be about what shall receive.

We can change our beliefs through affirmations, by setting goals, by starting where we are, and working slowly forward to where we want to be.

Today, I will examine my beliefs about money. I will begin the process of letting go of any self-defeating beliefs that may be limiting or blocking the financial part of my life."
~Melody Beattie


Labels: Be Here Now Be Love Be of Service Be Present Be The Change Be The Light Be You Inward Journey Letting Go Money Reclaiming Power Back