Off to the Inca Capital of Cusco


Up & at them bright & early, where I did wake up on my own without an obnoxious wake up call this morning.  An early morning taxi ride to the airport in Lima.  This place is massive, reminded me of being back in Asia in a way, the airport & the city itself is huge. However, the airport reeked of dead fish, like fish sauce or something, don’t know why, but it did. You could say that I was more relaxed today travelling after my blobing efforts of yesterday.  The airport was easy peasy to maneuver, I did noticed that they had some American chains like Dunkin Donuts & Papa John’s in the food court, yuck, I’ll just stay clear.  Hate chain restaurants & can the corporation go green & not put so much junk into food to make the world sick. Oh yeah, so I got to the gate fine, but had a wee stop at a Café Brit for yummy chocolate cover coffee beans for breaky.  Yeah, chocolate is a food group according to my friend Jenny.  I got to the gate just fine, but in Latin America they don’t announce the flight on the PA really, nothing as weird as San Salvador, but they just got your gate flashing on the monitors so one must look closely to see what’s going on.  They actually announce it the moment you are about to board a bus to take you on the tarmac to the plane & walk up the stairs rather than loading from inside the terminal.  Overall an easy flight to Cusco, once I got there I had a taxi driver waiting for me at the airport with my name on a sign.  Easy said & done this time, without the hassle of every taxi driver trying to get your business.  Like I did have that a few days ago in Lima. However, I did find myself being offer coca leaves from an Andes woman trying to get me to buy them while I was waiting outside for the taxi with the guy holding the sign.  Do I look like an easy sale, NO, get away from me.  Cusco is the capital of the old Inca Empire that once lived here a few hundreds years ago. Elevation is 3,400 meters. Fodors Where to Go in 2012, apparently it made the list for places to see in 2012 by Fodors. It’s a charming old colonial city with a city center.  I got to the hotel, which is located in the city center.  Didn’t really realize that when I booked it, oh well.  I scored a deal tho on the accommodation & tours.  Definitely worth going domestic to find a deal on how to get to the places you want.  Charming little B&B Pirwa Hostels Cusco.  I ended up with my own private room, but when I checked out the bathroom I noticed that it did have a “suicide shower”, since I’m a daughter of a builder my dad wouldn’t be too happy on how the shower was built with the wires hanging on the outside, not cover.  It’s one of those things that you just got to accept cos there’s probably no need to worry about it, just use some caution that’s all…It might just be another relaxing day for sure before the big adventure begins on seeing the Inca world & not to forget the famous sites that this area is famous for.  I was drawn to visit this area since I was a kid & the Celestine Prophecy did awaken that calling more than ten years ago when I read it.  Yes, I can see the Andes now & find some beauty in another new place… 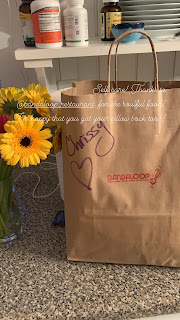