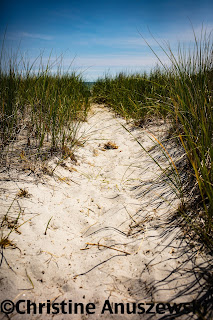 So many of us have control issues within ourselves! Often times we forget to look at the root of it but rather place the blame onto others and the world. I know that there's some tough energies right now and they are pushing you to take a closer look at past hurts that just simply need to be let go and forgive. It's not an easy practice, but one in which offers the greatest rewards. Forgives, blessings and letting go are just as part of the daily routine as is brushing your teeth, taking a shower and eating food. Everything is all interconnected, no need to push for the answers, but let go and let go all the inner resistance to achieve greatness.

I really enjoyed reading this one to help with the process! Just needed the reminder to keep on practicing letting go rather than forcing the end result. Sometimes, these divine storms that we go threw are a source of great wealth of inner knowledge to us that we have been seeking all along...

Tony Robbins Explains How to Let Go of False Beliefs  Great video to watch to help with the process for those on an entrepreneur path! Four Tips from Tony Robbins-Huffington Post is a great article for some insight!   Tony has some great tips! I remember listing to one of his talks that he said he had to let go of wanting his son to get a job and once he did, he saw that his son did find a job. There's great power in letting go. It's always up to you! Free your mind from the resistance!

Stop trying so hard to make it happen.

Making things happen is controlling. We can take positive action to help things happen. We can do our part. But many of us do much more than our part. We overstep the boundaries from caring and doing our part into controlling, caretaking, and coercing.

Controlling is self-defeating. It doesn't work. By over-extending ourselves to make something happen, we may actually be stopping if from happening.

Do your part in relaxed, peaceful harmony. Then let it go. Just let it go. Force yourself to let it go, if necessary. "Act as if." Put as much energy into letting go as you have into trying to control. You'll get much better results.

Learn to let things happen because that's what they'll do anyway. And while we're waiting to see what happens, we'll be happier and so will those around us.

Labels: Be Here Now Be Love Be Present Be The Change Be The Light Inner Wisdom Innerlight Letting Go Maine Photography