We Have A Lot To Learn Still... 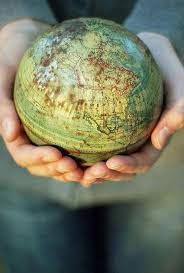 We have a lot to learn these days! There's so much hatred being blasted from others, the news, family and ourselves at times. Stop pin pointing the other and saying ha ha it's not me, it's you, I have nothing to do to change the situation. You do. Take responsibility for you and to let that be the guiding light for others to do the same! We must rise up with love to put an end of what is going on in the world. There's so much pain and stop and look at your own community too. It's everywhere. Please be kind to one another. There's no separation, only the illusion. Our main purpose is to LOVE and BE LOVE in this world! Have compassion for others! Open your heart to love not hate!
"Put yourself occasionally into the shoes of others
The current political climate fosters a trend of quickly categorizing and labeling people as good or bad, acceptable or deplorable, in or out. The danger of such labeling is, that we no longer recognize people as individuals, but instead generalize them as “immigrants, refugees, people of color, politicians, journalists, liberals and conservatives…..” Due to these generalizations we are more prone to manipulations, such as the notion that control, safety and prosperity can only be achieved through a “us first” attitude. Yet, as tempting and reassuring it may feel to push away those, who are different and those we don’t know or understand, this approach ultimately just leads to a hardening of our minds and hearts. History has shown in many examples that a divided society, in which people don’t support nor care for one another, is doomed to fail. A society without compassion is like a ship without water. As the film director Rachel Grady said: ““Always put yourself in others' shoes. If you feel that it hurts you, it probably hurts the other person, too.”
Assume that most hurtful behavior is driven by pain and fear
For many people it seems impossible to have compassion with someone, who hurts them or acts in very selfish and destructive ways. Many of my clients have a hard time to feel compassionate towards the political leadership in Washington or the “greedy” CEO of the company they are working for. Yet, once we understand that most people’s dysfunctional and controlling behavior is driven by the fear of being powerless and the need to protect and defend themselves, it is easier to have compassion for their struggles. Even the people, who seem to be angry, controlling or purely narcissistic, deserve compassion, because they may be dealing with insecurity, fear or the shame of not feeling lovable.
Since most of our self-protective behaviors stem from our upbringing, I find it often easier to have compassion for someone, when I assume that their inner child is running their lives – by having a temper tantrum or wanting to get attention at all cost. "
~Dr Friedemann Schaub
Labels: Be Here Now Be of Service Be Present Be The Change Be The Light Healing Love Self Self Acceptance Self Healing Self Love Set Yourself Free Taking Care of Yourself World