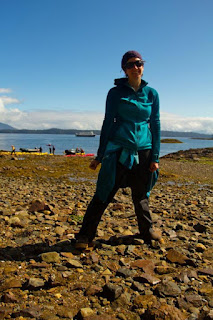 I stumbled across an article written about me this past 4th of July. If you haven't read it, here's the article from the York Country Coast Star from July 4, 2013 by Shelley Wigglesworth, Around the world and back again in Kennebunk! At the time that the article was written, I had only been to 6 Continents, NOW I can say that I have stepped on the soil of all 7 Continents. Africa was my last one!

As a young girl, travel photographer Christine Anuszewski dreamed of visiting as much of the world as possible.

As a young girl, travel photographer Christine Anuszewski dreamed of visiting as much of the world as possible.
“I have been interested in photography since I was a kid. My initial inspiration came from looking at National Geographic Magazines; examining and re-examining these volumes ignited my exploration spark and a desire to capture the moment,” she said.
That young girl’s dream has now materialized into Anuszewski’s adult reality. To date, the self-taught travel photographer and graduate of both Kennebunk High School and the University of Maine has visited more than 20 countries and six continents.
Along the way she has documented her travels in a rich, up close and personal photojournalistic style that offers a unique perspective on global treasures, highlighting the subtle beauty that is sometimes not apparent to the naked eye on first glance. Her photos are almost all centered on nature and culture, where she offers rare glimpses of exotic and endangered animals, such as giant tortoises from the Galapagos Islands, whales off the shores of both Baja and Alaska, and Antarctic penguins.
Anuszewski said she “loves sucking the marrow out the experience and living life to the fullest to catch a glimpse of the real culture that you wouldn’t necessary get if you just sat at home in front of the TV waiting for it to happen.”
In addition to what she captures on her camera and shows in her photos, she also blogs about her experiences while they are alive and fresh.
Anuszewski’s most recent expedition was this past winter when she spent time in Antarctica and got “up close and personal” with penguins and whales. An excerpt from one of her blog post’s reads: “It’s been an awesome, amazing blissful morning on deck. I can’t describe it because it’s one of those experiences that can only be felt by the soul. I quite enjoyed looking straight over the bow while the ship was navigating through the ice. I did see the reflection of the ship as well from time to time; it depended on how clear the visibility was. It’s amazing to see it break and watch the ice drift away. Rare treats were in the cards with some minkes (whales) around and seals too. The big star of the morning was the pair of emperor penguins on an iceberg ...; ”
With her camera, Anuszewski has studied rural life in Central American villages and remote Peruvian communities and landscapes. She has also captured the rugged New England coastline, breathtaking scenes from

Yosemite National Park, colorful and delicate aspects of Japan, the energy and vibe of New York City and the flavor of the Florida Keys.
Her work has appeared in several newspaper publications and magazines throughout the United States, including The Boca Beacon, The Englewood Sun, Pirate Coast Magazine, Yankee Magazine Blog, Fodor’s Guide Books, Afar Magazine’s Wanderlist, and The Maine Photography Show.
Most recently, Anuszewski has compiled some of her favorite Southern Maine regional images into a coffee table book, “The Kennebunks,” with views from a native’s perspective, which are intimate rather than touristy.
“I’ve have had some amazing experiences for sure: from sailing through the Panama Canal to kissing a gray whale in Baja, walking on the Great Wall of China and sleeping in a swag under the Southern sky in the Outback,” she said of her travels.
Anuszewski’s work is now on display at the office of Goose Rocks Beach Maritime Realty on Mills Road in Kennebunkport.For information on Christine Anuszewski, and to view her portfolio of photos, visit www.christineanuszewskiphotography.com
To read her blog, visit http://canuszewskitravels.blogspot.com.
Shelley Wigglesworth writes the Kennebunk town column, which appears in the York County Coast Star on the second Thursday of the month. She can be reached at 985-0888; or tomlis@gwi.net.
Labels: Alaska Antarctica Galapagos Inspired by Travels Inward Journey Japan Journey Journey Within Kennebunkport Lifestyle Maine Photography Traveling Travels Vagabond